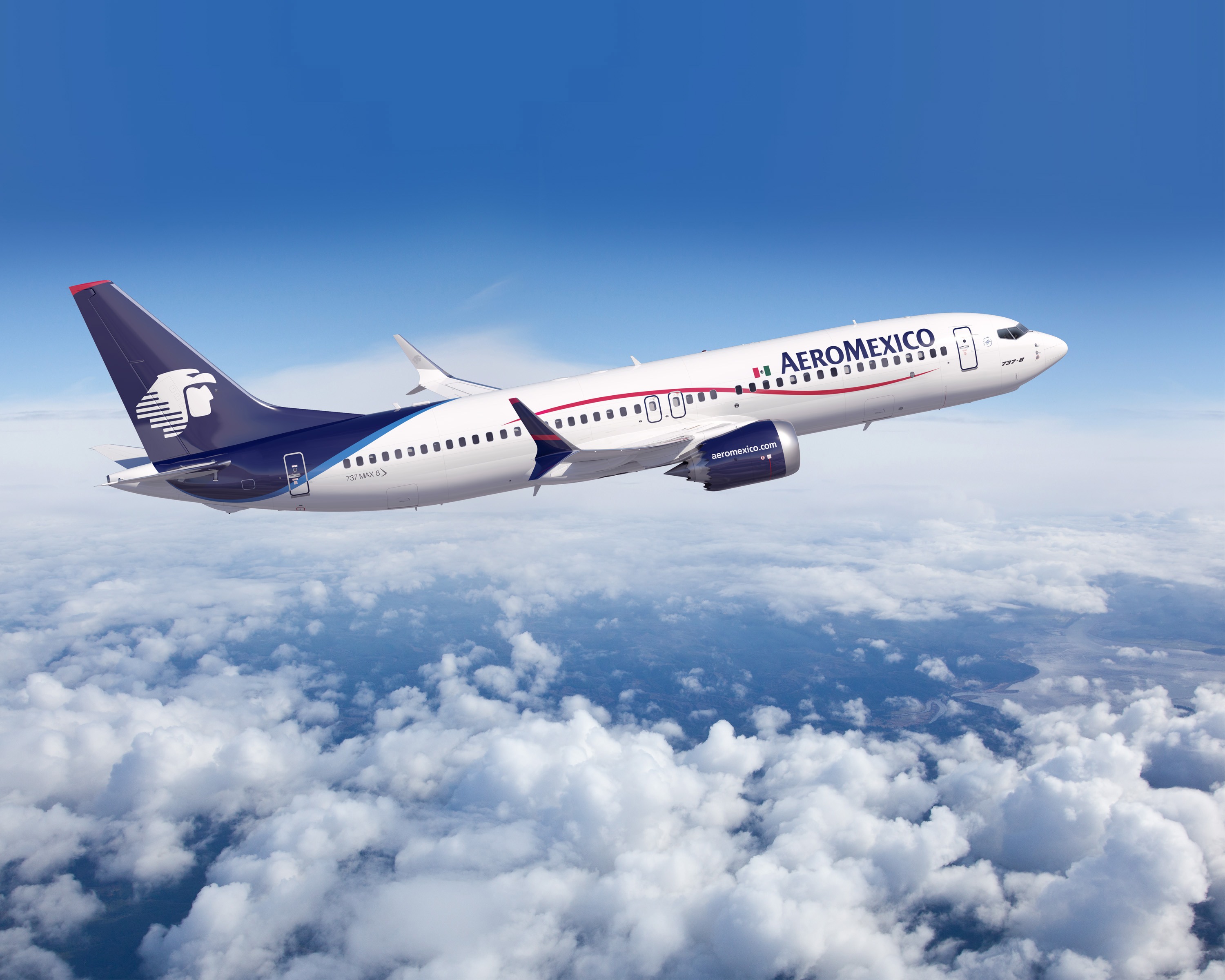 With Aeromexico, Mexico’s global airline, now flying to Boston Logan International Airport a new world of opportunity is available to Massachusetts residents and businesses and promises to fuel convenient travel between New England and Latin America.
The market between Boston and Mexico City, combined with the airlines’ other 45 destinations in Mexico and Central America, represents over 492,000 passengers and $134M in ticket revenue annually.
“We are very pleased to add our 16th destination in the United States, reflecting the airline’s commitment to increase our presence in one of our most important markets. Boston is a city of great importance for Mexico and Latin America because of its global economic potential and extensive academic offerings that draw many students from Mexico and Latin America every year,” said Anko van der Werff, Aeromexico Chief Revenue Officer.
Massachusetts Governor Charlie Baker said the new route opens up connections to 16 major cities in Latin America including Buenos Aires, Lima and Bogota. “This new route not only opens doors for business, but it lets our diverse residents and visiting students easily connect to their families.”
Aeromexico began serving its new route between Boston and Mexico City on June 1st, 2015 with daily flights every day expect Tuesday. The new route is advantageous for both passengers traveling from Mexico on their way to the U.S. and Europe, and vice versa. As a member of the SkyTeam Airline Alliance, Aeromexico is able to take advantage of code sharing with Delta and other partner airlines and use Boston Logan International Airport as a gateway to Europe.
“We are thrilled to be adding Mexico City to the roster of extraordinary international destinations one can fly to nonstop from Boston,” Massport CEO Thomas P. Glynn said. “Mexico City is one of the largest cities in the world and dates back to the 1300s, our cities have several things in common. Like Boston, Mexico City is a place that honors its significant history, it is a cultural and political hub for its people, has a large concentration of universities, and it is a city that celebrates its diversity.”
This new route is served with Boeing 737-700 airplanes with 124 seats —12 in the Aeromexico Clase Premier Business Class cabin. Flight 699 leaves Boston at 4:20 p.m. and arrives in Mexico City at 8:42 p.m. Flight 698 leaves Mexico City at 9 a.m. and arrives in Boston at 3:05 p.m.
Before now, Boston had been the largest U.S.-Mexico City air travel market without nonstop service. Boston beat out Seattle, Portland and Philadelphia for this new nonstop service. Last year, more than 45,000 passengers traveled between Boston and Mexico City.
The estimated economic impact to the region of a Boston-Mexico City route is $45M annually. One element in gaining the new route was the work of a Latin America Task Force which connected the airline with local business and civic leaders.
“On behalf of the Boston visitor industry I am pleased to welcome Aeromexico to Boston and New England. The new non-stop service will mean more visitors and significantly more spending from Mexico and Latin America for our city and for our hotels, restaurant, attractions and retailers. The Boston and Cambridge visitor industry could see as much as $54 million in new spending thanks to Aeromexico’s new service,” said Patrick Moscaritolo, President & CEO of the Greater Boston Convention & Visitors Bureau.
With the start of this route, Aeromexico now offers 80 daily flights between Mexico City and the United States carrying close to 9,000 passengers a day between these two countries, an action that confirms the airline’s commitment to offer its customers better network connectivity with its world-class service.
About Grupo Aeromexico
Grupo Aeromexico, S.A.B. de C.V. is a holding company whose subsidiaries provide commercial aviation services in Mexico and the promotion of passenger loyalty programs. Aeromexico, Mexico’s global airline, operates more than 600 daily flights from its main hub in Terminal 2 at the Mexico City International Airport. Its route network spans to more than 80 cities on three continents, including 45 destinations in Mexico, 16 in the United States, 16 in Latin America, three in Europe, three in Canada and two in Asia.
The Group’s fleet of more than 115 aircraft is comprised of Boeing 787, 777, 767 and 737 jet airliners and next generation Embraer 145, 170, 175 and 190 models. In 2012, the airline announced the most significant investment strategy in aviation history in Mexico, to purchase 100 Boeing aircraft including 90 MAX 737 jet airliners and ten 787-9 Dreamliners.
As a founding member of the SkyTeam airline alliance, Aeromexico offers customers more than 1,000 destinations in 178 countries served by the 20 SkyTeam airline partners rewarding passengers with benefits including access to 564 premium airport lounges around the world. Aeromexico also offers travel options through its code share partners Delta Air Lines, Alaska Airlines, Avianca, LAN, TACA and TAM with extensive connectivity in countries like the United States, Brazil, Canada, Chile, Colombia and Peru.
About Massport:
The Massachusetts Port Authority (Massport) owns and operates Boston Logan International Airport, public terminals in the Port of Boston, Hanscom Field, and Worcester Regional Airport. Massport is a financially self-sustaining public authority whose premier transportation facilities generate more than $15 billion annually, and enhance and enable economic growth and vitality in New England. No state tax dollars are used to fund operations or capital improvements at Massport facilities.
Source: marketwatch.com

nextPhotovoltaic panels for companies in Mexicali