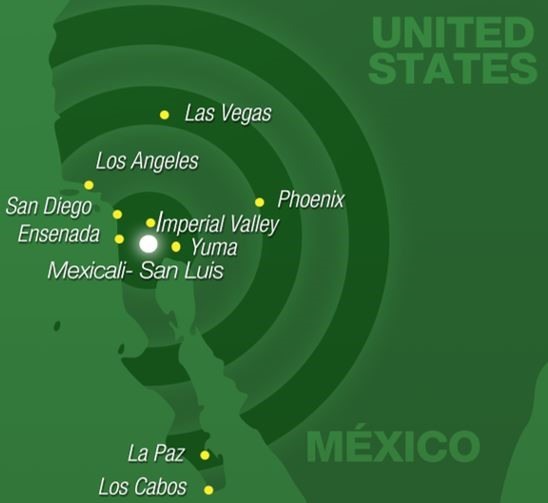 For more information visit www.pimsa.com.mx; email our Business Development Department at promotor@pimsa.com.mx; or call our US phone at 1-888-467-4672.

Mexico´s National Institute of Statistic and Geography (INEGI) says the country´s manufacturing industry represents 16% of its GDP.
Consequently, Mexico and it´s industrial sector offered around 506,000 job opportunities to people who were actively involved in this sector. While other business areas with a large number of open positions included financial services, repairing, and maintenance.
Hard facts like these provide further proof for international investors to consider Mexico as the ideal country to make their companies grow. Going into detail, however, investors must look into the state of Baja California, and most specifically Mexicali. The city is host to a wide range of aerospace, automotive, logistics and manufacturing companies, and has been so for over 50 years. Due to that Mexicali is the best option for industrial real estate in Mexico.

More reasons for the growing activity in the manufacturing industry

Furthermore, Mexico´s Office for Economic Affairs identifies key attractions that Mexicali offers to any of the companies that establish there:
– Electricity.
– Water.
– Natural Gas.
– Alternative Energy.
Aditionally, there are 12 bilingual universities in the city, which offer top notch engineering and technical programs. Certainly, the labor force in the city is unparalleled in qualifications, which offers an added incentive for companies looking at getting established in Mexicali.
Here we share you the links to the webpage of those institutions:
CETYS Universidad
Instituto Tecnológico de Mexicali
Universidad Autónoma de Baja California, Facultad de Ingeniería.
In Mexicali, manufacturing industry generates jobs that are added to the economy every year, educational institutions provide the necessary qualified labor force and there are ample facilities that allow companies to sustain growth. Mexicali is ready to welcome your company, and PIMSA has the industrial buildings for lease that you need! Let us help you make your plant grow with us.
Know more about us and the services we provide! Leave us your information on the following link to contact you as soon as possible: https://bit.ly/2zrwL1Y
Sources:
La Voz de Michoacán
OCC Mundial 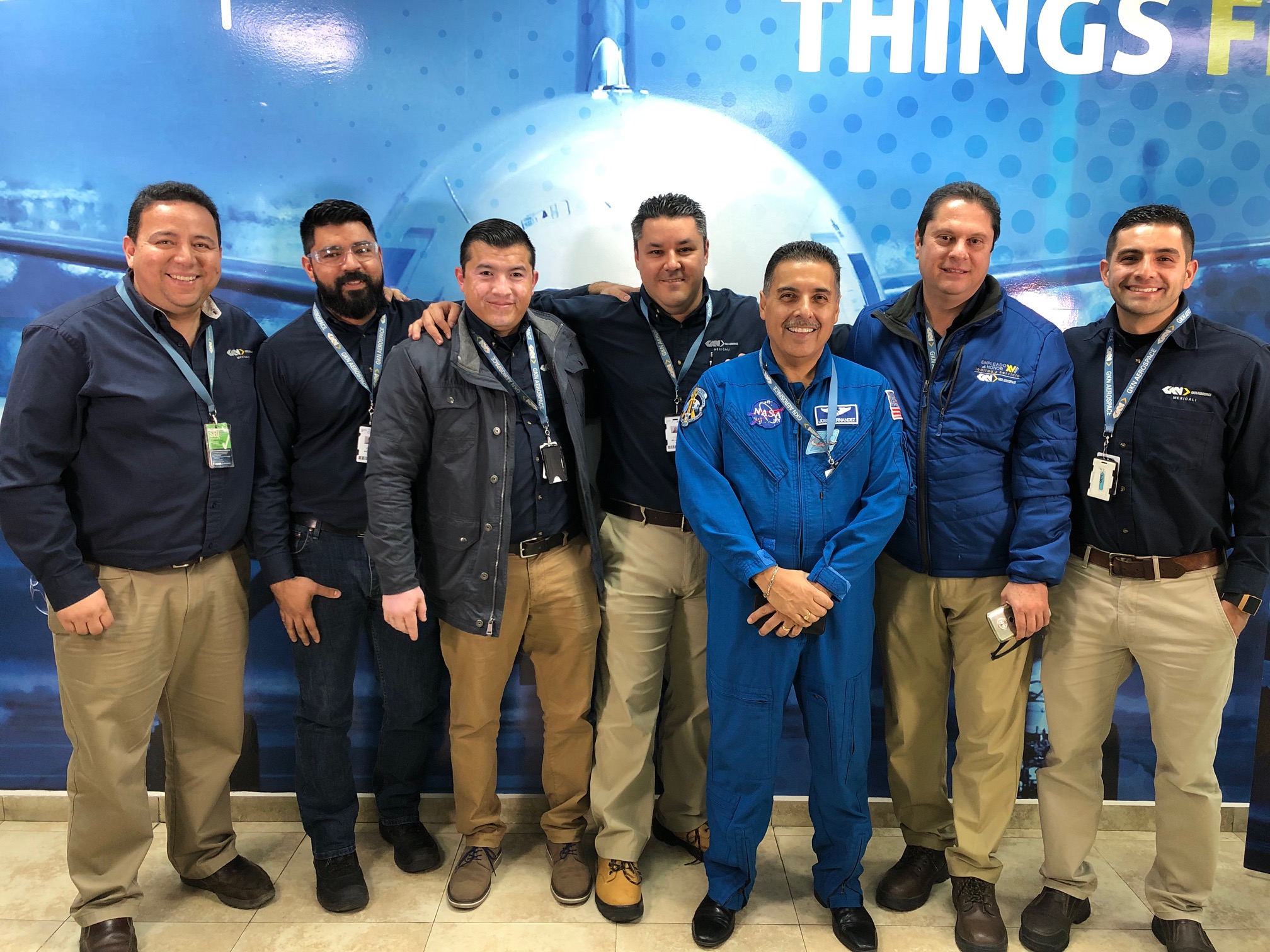 Mexico is an industrial country. Over the years, automotive, aerospace and manufacture companies have built a strong economic source. Many cities in the center and north of Mexico allocate a number of their spaces to industrial parks.

The actual overview of the aerospace industry

A few weeks ago we shared with you an article that explains a bit more why Mexico is the best option for investment in the industrial sector and an example of the most important city for the industrial real estate in the north.
Besides from that, according to the Mexican Federation of Aerospace Industry (FEMIA), the growth in this sector will have a continuous increase of 11% from 2018 until 2023.  This due to the actual concentration of the activity in North America.
FEMIA’s President Luis Lizcano exposed that with the National Program of Provider’s Development it can be detected which companies have technical, technological, human and financial capabilities to compete and impulse the industrial sector exportations.  Besides that, it helps to negotiate economic support for them.
President Lizcano mentioned that the closure of exportations this year will be around 14% percent over 2017’s grand total. With this also came the creation of 60 thousand new jobs. Also the construction of 340 brand new installations in different states of the republic.

How fast is your company growing?

According to ProMéxico there are 300 companies in the country in the aerospace industry; that represents a growth of this industry by 500% in the last decade. There is no doubt that now is the best moment for the aerospace sector. Companies from all around the world are growing and searching for new places to expand and reach to more people. So don’t hesitate! If you’re looking for a new place to establish your company, contact us! To get more info, visit: http://pimsa.prospectodigital.mx/
Sources:
https://noticieros.televisa.com/ultimas-noticias/pronostican-crecimiento-y-retos-industria-aeroespacial-mexico/
http://www.notimex.gob.mx/

Mexico has been able to consolidate as one of the principal industrial countries; due to manufacturing centers and likewise thanks to some characteristics that differences it from other countries. Such as:

A prove to all this relies on the manufacture exportations on 2014. The consultant firm Aregional establishes that our country represented 85% of all the activity. In that sense, Mexico exports 65% more manufactures than all LATAM. Predominating on automotive, electronics and aerospace sectors.
Right now, the aerospace industry is having one of its best moments, which generates one of the most relevant opportunities for Mexico by increasing the exportation of national content and creating new quality jobs that Mexican people need.

For 2032 it’s predicted that the 10-tonne plane fleet number will be more than 36 thousand. With this, Mexico will become an important player for that industry since the actual number of ships moves around 18 thousand. At the moment there are more than 300 companies in this sector in Mexico. 80% of them are manufacture companies. The other 20% belongs to operations.
The biggest number of enterprises concentrates on the north zone of the country. Besides that, the National Institute of Statistics and Geography (INEGI) has a record of 198 companies that rely thereon. In this industrial location, the main strategy focus on the creation of clusters and new technology development. Universities, companies, investigation centers and government bureaus collaborate in this task.
Baja California it’s highly consolidated as a fruitful place for industrial parks. Over 40 years of work and around 76 companies have grown there their industrial plants. The industrial real estate offer is big enough for everyone. And it accommodates logistics business, manufacture companies, aerospace industries, automotive, etc.

The international industry believes in Mexican manpower. It’s described as productive, innovative and hard-working. Besides that, Mexican people have demonstrated good disposition to learn new production methods and are qualified to make high-quality goods.
According to the National Council of Science and Technology (Conacyt), in 2012 more than 111 thousand engineers graduated. Similarly, the United Nations Educational, Scientific, and Cultural Organization (UNESCO) registers than Mexico has 18% more engineer seniors in manufacture and construction than in the US.


Above all, there’s no doubt that the aerospace sector will determine Mexico’s search of a stable economic growth base on the great potential it has.
Source: http://www.revistacomercioexterior.com/articulo.php?id=54&t=la-industria-aeroespacial-y-el-despegue-de-la-productividad-en-mexico 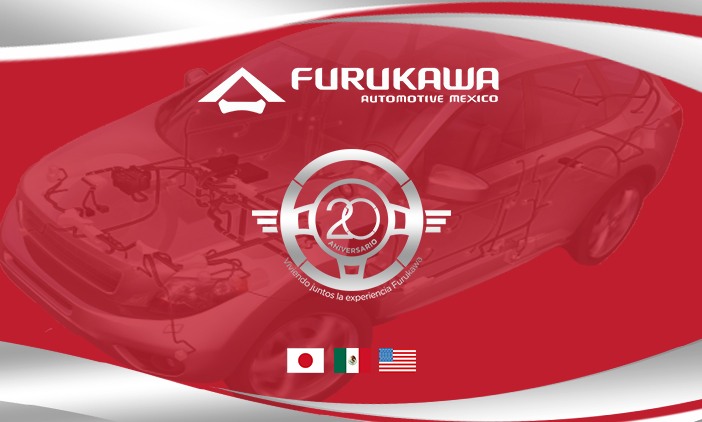 Mexicali, Baja California, Mexico
As Governor of Baja California Francisco Vega said,  “We are glad to see that it is possible to join the rising sun of Japan with the radiant sun of Mexicali.” Furukawa, a Japanese worldwide prime provider of automotive systems, has been operating a manufacturing facility at PIMSA Mexicali since 1998!
With over 2,000 associates, Furukawa’s constant expansion in Mexicali is testimony of why Mexicali continues to be an important geographical location for world manufacturers. At PIMSA we appreciate the trust of Furukawa and many other companies that have become a success story in our 52 years of servicing international corporations doing business in Mexico.


Furukawa’s Corporate President Keiichi Kobayashi, gave a speech to share his sincere congratulations for accomplishing the current level of safety and quality of the company, as well as to recognize the work of the associates and the achievements they have obtained during these 20 years.


Furukawa Automotive Mexico started operations in PIMSA Industrial Developers on April 22, 1998. Over 20 years, it has consolidated as a leading company in the automotive sector, maintaining certified processes and currently employing more than two thousand associates.
Both Governor of Baja California Francisco Vega de Lamadrid and Mayor of Mexicali Gustavo Sanchez were present to celebrate and share the importance of Furukawa presence in our region.


Thank you Furukawa! We at PIMSA are proud of your Mexicali Team, coordinated by Manuel Euyoqui. Congratulations! 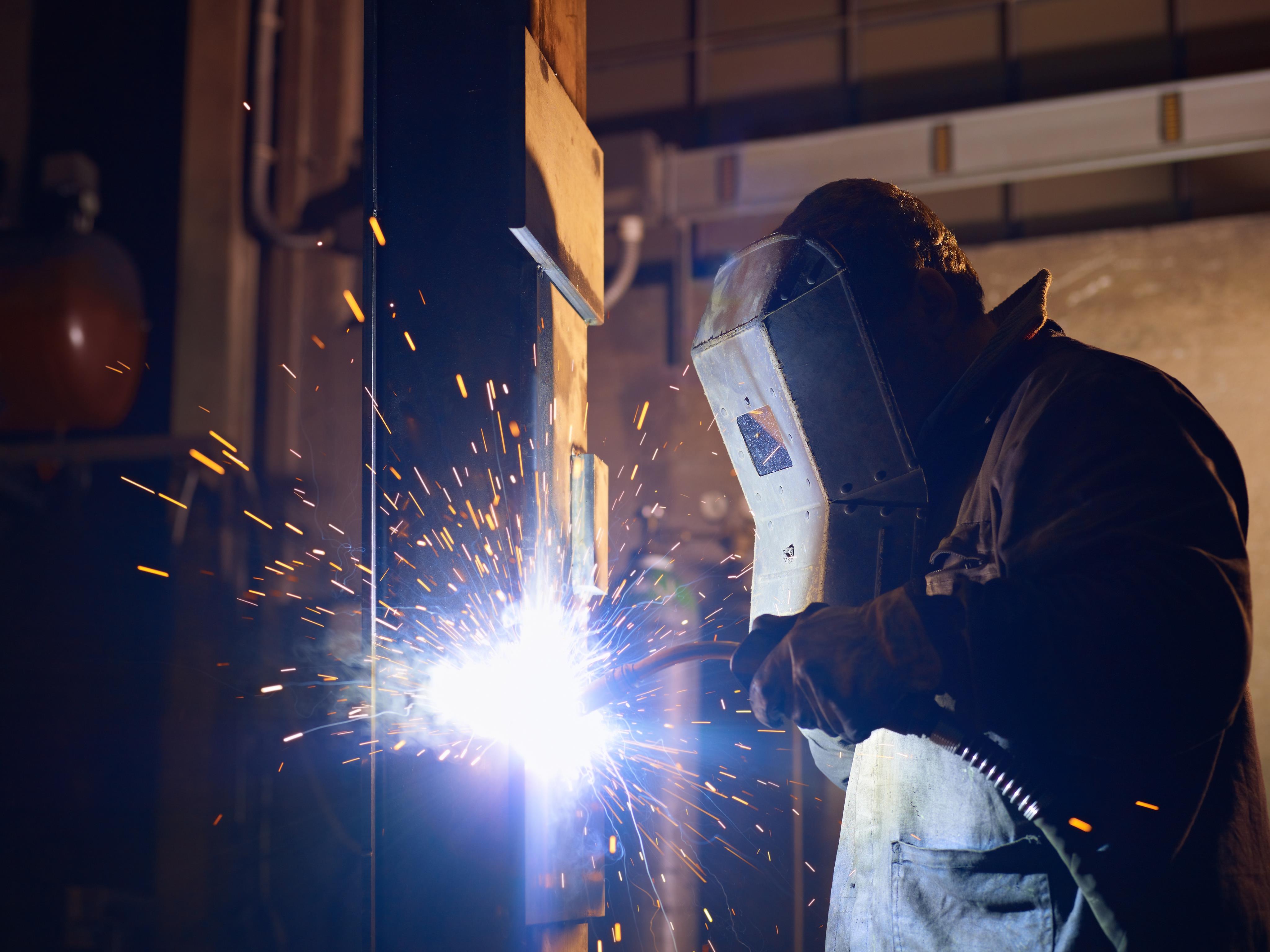 The actual status of Mexico

As an industrial country, one of the most profitable sectors in Mexico is the manufacture industry. Which in the last trimester of 2017, “according to INEGI (National Institute of Statistic and Geography), represents 16% of the Gross Domestic Product.” (El Economista, 2018)
It is true that in short terms, there´s an uncertainty environment around what could happen to Mexico. This thinking about the matter of agreements of the NAFTA and the next president election in the country. But as the Organization for Economic Co-operation and Development (OECD) explains, “growth is set to pick up, underpinned by private and exports”.

The main reason of the success that Mexico its gaining weight in industrial business and manufacture is because of it’s location. Blue chip companies are going for binational mega regions in cities such as Mexicali, with industrial parks like PIMSA (Parque Industrial de Mexicali, S.A. de C.V.)
Therefore, we believe that Industrial locations like Mexicali are important for foreign companies that are looking for a profitable expansion.

Grow your company with PIMSA

Are you looking for a Build to Suit or Lease? Get your company located in a mega binational region with a great profit. Click here for more information.
Sources:
OECD.org
Eleconomista.com 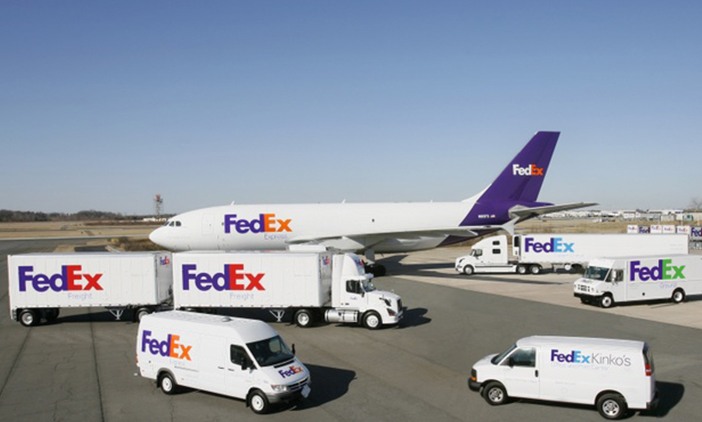 Tijuana International Airport will operate as the logistics regional hub.
PIMSA Industrial Developers congratulates FedEx. This will be an important signal of how our geographical location is expanding to the world manufacturing.
Welcome FedEx!
For further information please assist to the event “De Tijuana para el Mundo”, on May 18, 2018 at Restaurante Palominos, 18:00 hrs. 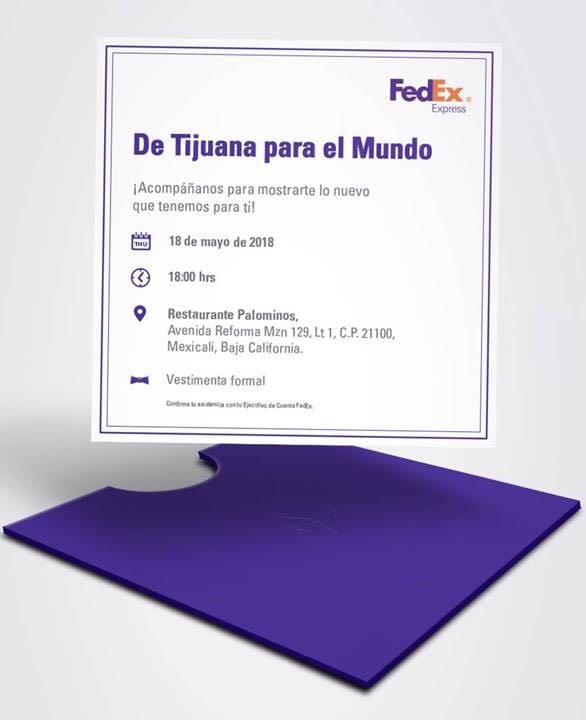 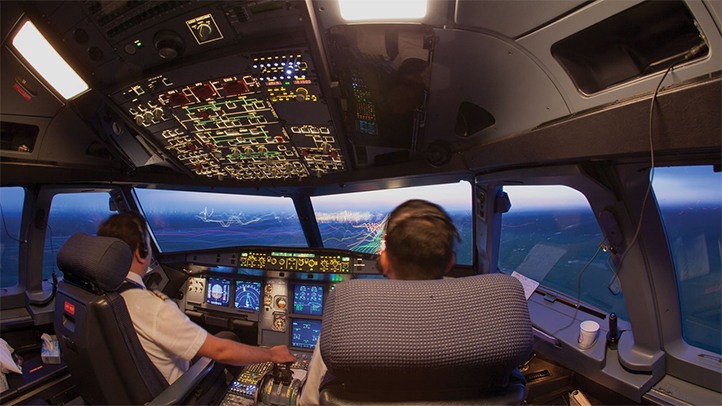 Consolidating as a leading company in generating employment and specialized training for several generations of engineers, manager and operators.

Located in PIMSA Industrial Developers, Mexico’s oldest product sharing manufacturing company Rockwell Collins EEMSA, with more than 50 years in Mexicali,  celebrated the hiring of its 1,000th collaborator, consolidating as a leading company in generating employment and specialized training for several generations of engineers, manager and operators. Due to the boom in the aerospace sector, Baja California is growing in aeronautical manufacturing. Therefore, Rockwell Collins’ Corporate, represented in Mexicali by EEMSA, has announced an important expansion in its operations.


Rockwell Collins Mexicali will experience a significant growth in the upcoming months, as explained by Chuck Stroo, Plant Manager. “Reaching 1,000 employees means a great achievement for us; it  is synonymous of hard work and continuous growth. Certainly, our goal will be to redouble efforts to multiply that number and consolidate EEMSA as a company that represents not only a better job offer, but also a better quality of life.”

On the other hand, Ernesto Duarte, Human Resources Manager, explained that the company is interested and working on the development of its associates. “Rockwell Collins is a company with great tradition in Mexicali. This operations expansion will allow us to offer more and better jobs for Mexicali’s people. Our company is known for providing opportunities to develop the potential of our collaborators,” said Duarte.


To celebrate this accomplishment, a ceremony took place to welcome associate number 1000, Liliana Perea, who received a recognition from the company with pride and emotion.

Although the company has exceeded on several occasions the headcount of 1,000 associates, it was important to highlight this great achievement that consolidates growth and strengthens Baja California State as a leader in the Aerospace Sector.


Rockwell Collins finished its event recalling it started operations in Mexicali in 1966 with only 16 associates, working on several electronic assembly processes later evolving into the aerospace field.
At PIMSA Industrial Developers we appreciate Rockwell Collins’ trust through all these years being part of the PIMSA family of companies. Congratulations!
CONTINUE READING 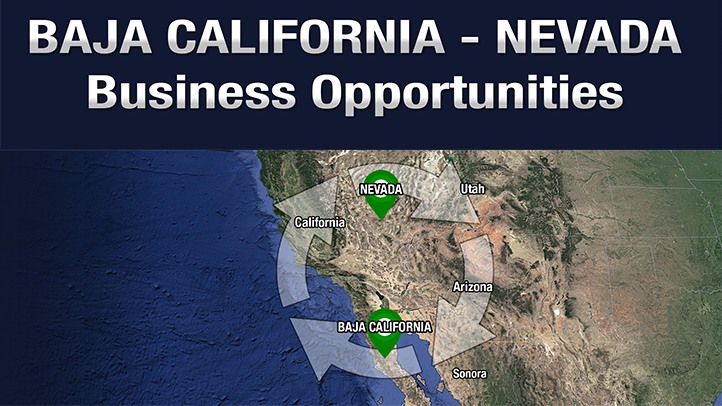 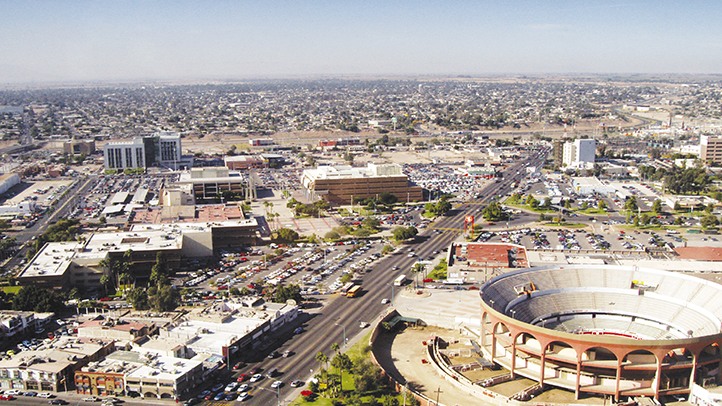 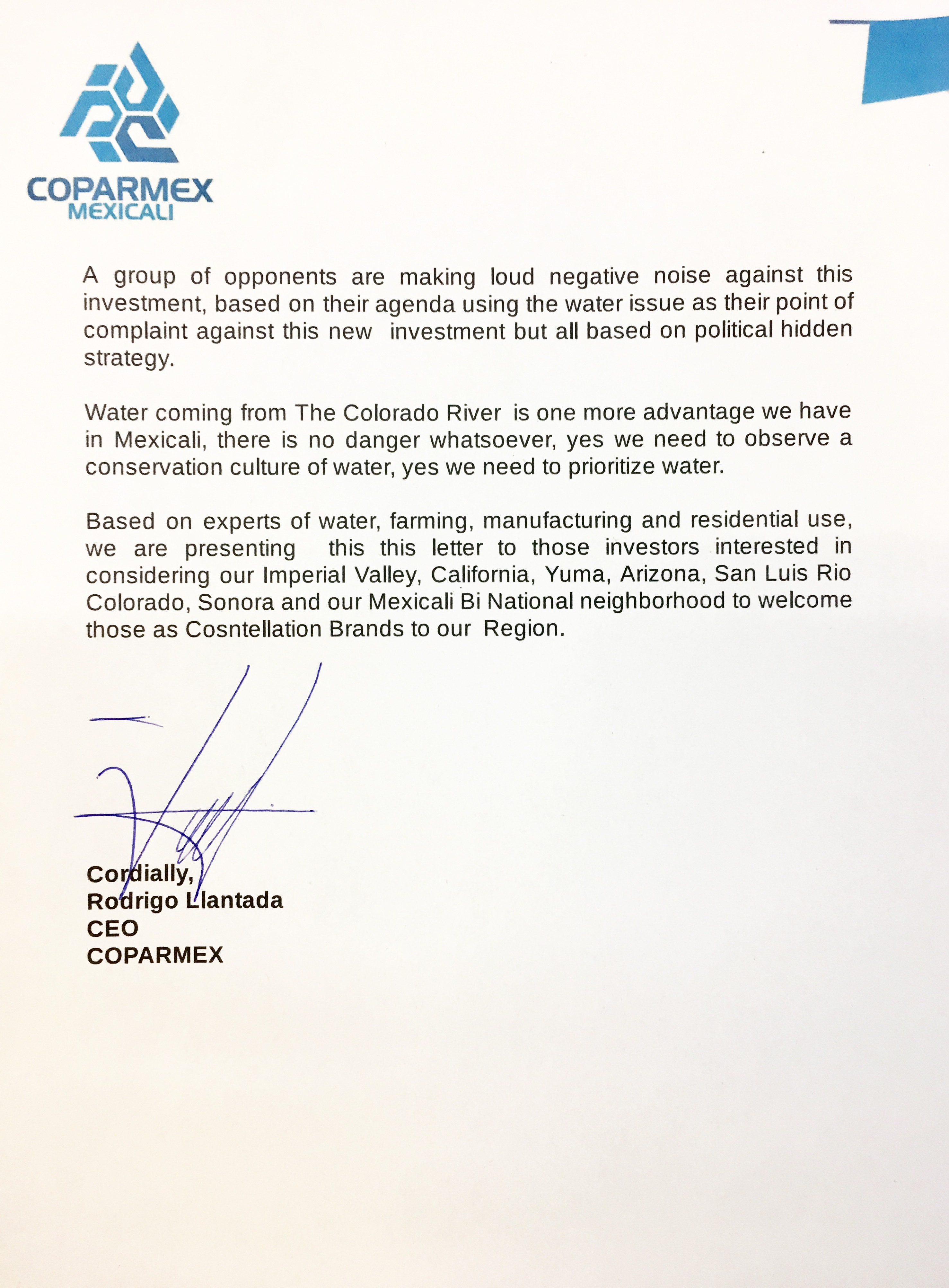