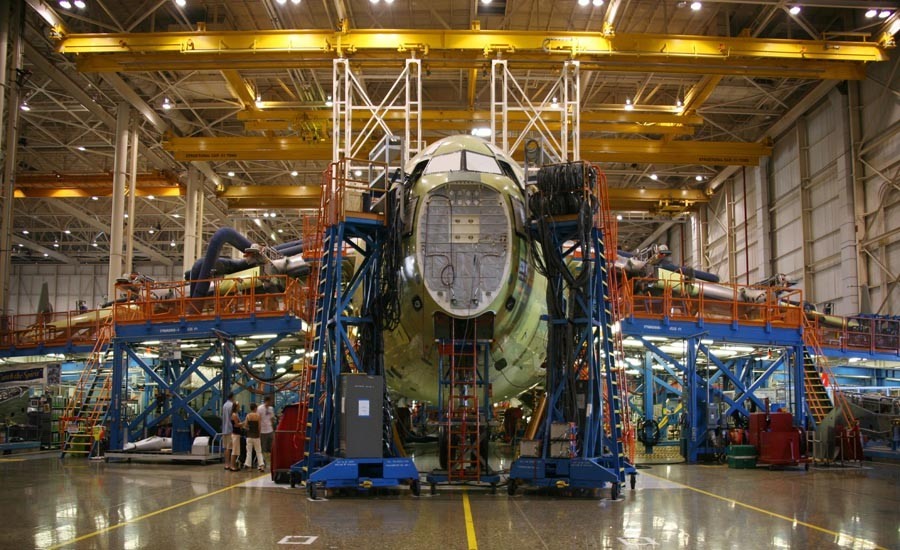 MEXICALI, B.C.- Sunday June 21, 2015.- With investments committed to the order of $ 142 million, Baja California reaffirms its national leadership in the aerospace industry, while boosting the competitiveness that favors the permanency, growth and new investments thus creating jobs, preceding  as a result of the recent economic development  tour around Europe , which was led by Governor Francisco Vega de Lamadrid, with a special participation in the International Paris Air Show held in Le Bourget, France from the 15 to 21 of  June.
Thus, the state president explained that several international firms had announced major projects, both in expanding its operations as well as the arrival of new investments, which reflect real benefits with the generation of an estimated of 2,250 new jobs in Mexicali, Tijuana and Ensenada, decisions that are based on the mosaic of opportunities in Baja California.
The investment projects are led by the company Hutchinson Aerospace, with an investment of $ 40 million in Ensenada; also, the company Triumph Group will expand its operations in Mexicali, for which it will allocate $ 9 million and Esterline Aerospace, with an investment of $ 35 million, it will expand its structure in the city of Tijuana.
Similarly the company GKN Aerospace announced $ 2 million and the company Essilor, which is a company engaged in the manufacture of medical products, plans to invest $ 40 million, both in Tijuana; besides the two more companies they will jointly invest $ 16 million in Baja California.
Thus, the joint participation between ProMéxico and the Delegation of Baja California allowed a strong presence at the event and meetings with senior executives of companies already established in the state, who announced their growth plans for the upcoming years. In addition they were able to make contact with new companies, in 38 meetings with the participation of the Secretary of Economic Development (SEDECO), Economic Development and Industrial of Tijuana (DEITAC) and the Industrial Development Commission of Mexicali (CDIM).
The mandatary of Baja California said that there is also a great opportunity to work together with companies already established in attracting suppliers to strengthen the aerospace industry.
On the other hand, during the Expo Milan, where Governor Francisco Vega attended as a special guest in the opening of the Pavilion of Mexico by the President of the Republic, who managed to make a promotional event for Baja California, which will be organized in coordination with the Consulate in Milan.
Furthermore, as part of this tour, an agreement of understanding with the Brazilian Aerospace Cluster Company was signed to collaborate and drive the growth industry in Baja California as well as an agreement with the French region of Champagne-Ardenne was extended to strengthen the commitments made previously and to expand cooperation in economic activities related to the aerospace industry, an agreement that was led by Governor Vega de Lamadrid and the President of the region, Jean-Paul Bachy.
Finally, the mandatary of Baja California said that by working together between societies and government, there will bere s a progress in meeting the goals that weet in terms of employment and investment generation, which is the reason why this established work plan in the Crusade for the Employment and Economic Growth will continue on.
Source: Transparencia BC

previousPhotovoltaic panels for companies in Mexicali