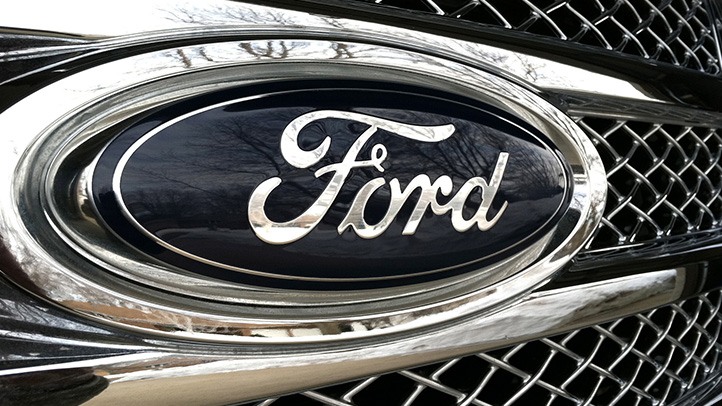 Ford knew its decision to build a new plant in Mexico would create a political firestorm, yet it forged ahead anyway.
The reaction was swift and predictable after Ford said it would invest $1.6 billion to build a new plant in Mexico.
Ford — which says it wants to increase profit on small cars — was undeterred.
Here are six reasons why:
1. Mexico’s numerous free-trade agreements provide flexibility:
We’re not talking just about the North American Free Trade Agreement, which was signed into law in December 1993 by President Bill Clinton.
NAFTA is just one of several trade agreements Mexico has with other countries. In addition to NAFTA, Mexico has 10 other free trade agreements covering 43 countries, according to ProMexico, an economic development arm of the Mexican government.
This gives Ford the flexibility to ship cars from Mexico to the U.S., Canada and to countries in South America.
2. Efficient logistics:
Automotive executives also say Mexico’s ports and rail systems make it easy to export cars out of the country. Joe Hinrichs, Ford’s vice president and president of the Americas, said Mexico’s robust transportation logistics are among the reasons Ford is expanding in Mexico.
3. Lower wages:
Ford’s labor costs in Mexico have always been much lower than in the U.S.
U.S. autoworkers made, on average, just under $30 per hour compared with just more than $5 per hour in 2014, according to Kristin Dziczek, director of the labor and industry group at the Center for Automotive Research in Ann Arbor.
In November, the UAW pushed Ford as well as General Motors and Fiat Chrysler Automobiles to agree to essentially eliminate an entry-level wage structure put in place in 2007 that lowered the automaker’s U.S. labor costs and led to the addition of thousands of jobs in the U.S.
Over time, all of Ford’s entry-level workers in the U.S. will see their wages increase to about $29 per hour. While the UAW has touted the raises as a huge win for U.S. workers, it also widens the labor cost gap with Mexico.
Hinrichs declined to comment directly on the impact of that new contract when he spoke with the Free Press on Tuesday but did acknowledge that “labor costs” were among the factors.
4. Keeping up with the competition:
Ford is hardly alone in its decision to invest more in Mexico, and Ford cannot allow political pressure to interfere with its ability to compete with other automakers that are also expanding in Mexico.
In recent years, General Motors, Honda, Hyundai, Nissan, Mazda, Toyota and Volkswagen have all announced plans to either expand existing plants or build new ones in Mexico. Fiat Chrysler Automobiles also has said it is considering an expansion of its production there.
Currently, four other automakers produce more vehicles in Mexico than Ford. They are: Nissan, GM, Fiat Chrysler and Volkswagen Group.
5. Existing presence in Mexico:
Ford has been building cars in Mexico since 1925, and it’s been working pretty well.
Ford already operates two assembly plants, two stamping plants and an engine plant in Mexico. It builds the Fiesta, Fusion, Fusion Hybrid, Lincoln MKZ, Lincoln MKZ Hybrid, four-cylinder and diesel engines in Mexico, and the quality of those products has long been on par with its American-made products.
6. Still committed to the U.S.:
It’s not like Ford is pulling up stakes and moving to Mexico. The automaker is still investing heavily in the U.S., and It’s worth noting Ford’s talking points on this issue.
Last year, Ford built 2.5 million cars and trucks in the U.S. — more than any other automaker.
Since 2011, Ford has invested $10.2 billion in its U.S. plants. And over the next four years, will invest $9 billion more. That investment is expected to create or retain 8,500 U.S. jobs.
Last year, Ford invested $168 million at its Ohio Assembly plant to build heavy-duty trucks at that plant that were previously made in Mexico. The investment helped to keep more than 1,000 hourly workers employed. The UAW and Ford negotiated the move of the truck production to Ohio way back in 2011, as part of their last round of contract talks.
Source: Detroit Free Press